Click here to subscribe to our newsletter and get weekly blasts on how to level up as an engineer and build better products.

I have been writing for a while now, starting on padraigobrien.com but now on blog.hulacorn.com. I like to write about software engineering and my efforts to create a startup with my friends; I tend to collect lots of data(anonymised), salary, exit interviews, interviews etc. When I collect enough information, I see if there is anything I can learn from it. I try to remove bias and look for a signal.

I wrote an article a while back on why engineers leave based on the data I collected, posted it on Twitter and left it at that.

Some of my posts get into the low thousands regarding views. But in the last week in July, one blew up, and I’m going to tell you how and what it looked like.

I’m trying to create a subscriber list of 100,000 engineers to listen to ramblings on engineering and get feedback on product ideas. A way of getting to this is to be sharing thoughts and opinions on Twitter, the golden rule is three tweets/one post on Reddit a day anymore, and my friends would complain 😃

I was on holiday in Lombardy in Italy, 40+ degrees outside, and I was doing my three tweets/one Reddit post a day as I was about to drive around northern Italy for the day. Struggling to come up with an idea, I decided to post an old article on Reddit and thought no more of it and went for breakfast.

I came back after breakfast and saw the views on Reddit are over 300 views. I thought that was a good post. I made a mental note to check in on it later that day. I drove around Italy for the day, visiting small villages and eating lots of food. I returned to the hotel and remembered I had to check on how my posts were doing.
My oh my, was I surprised. My post had over 10000 views and was climbing. I watched the views grow overnight into the Sunday before it finally tapered off. Below is the screenshot from Reddit showing total views over that time.

The last time I took a screenshot, it was at 230k views with many interesting comments 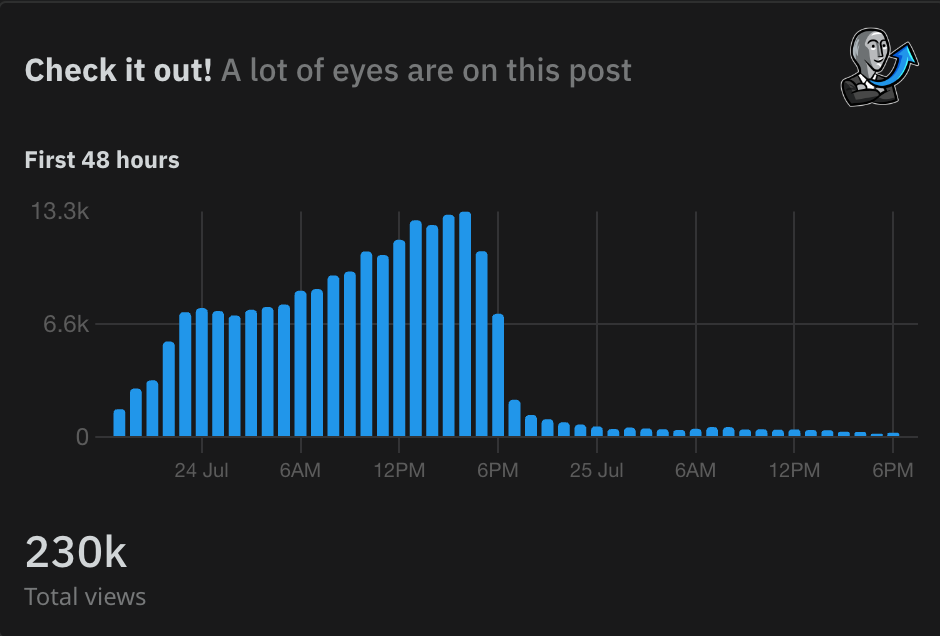 The last time i took a screen shot it was at 230k views with lots of interesting comments.

Getting to the front page of Hacker News

I have been talking about Reddit so far. The reason is that this is how I got to the Hacker news front page. The post got picked up by a scraper and posted on hacker news, where I reached the front page. I got to number nine on the front page.

As of today, the stats are
Again with lots of comments.

I use plausible.io for my website metrics. I have included statistics from the day, and thanks to Luciano for pointing out an issue with localhost being part of my meta tags. 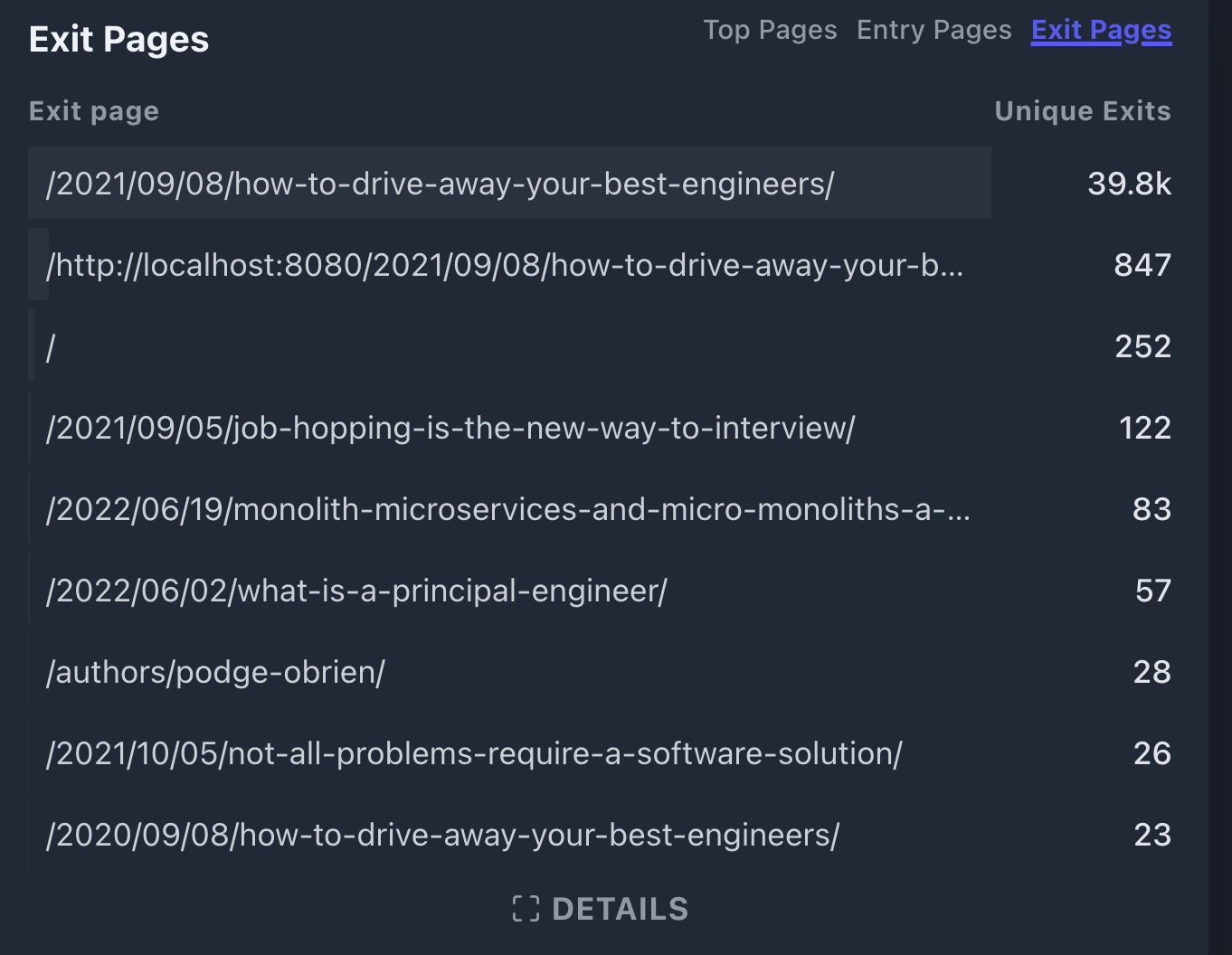 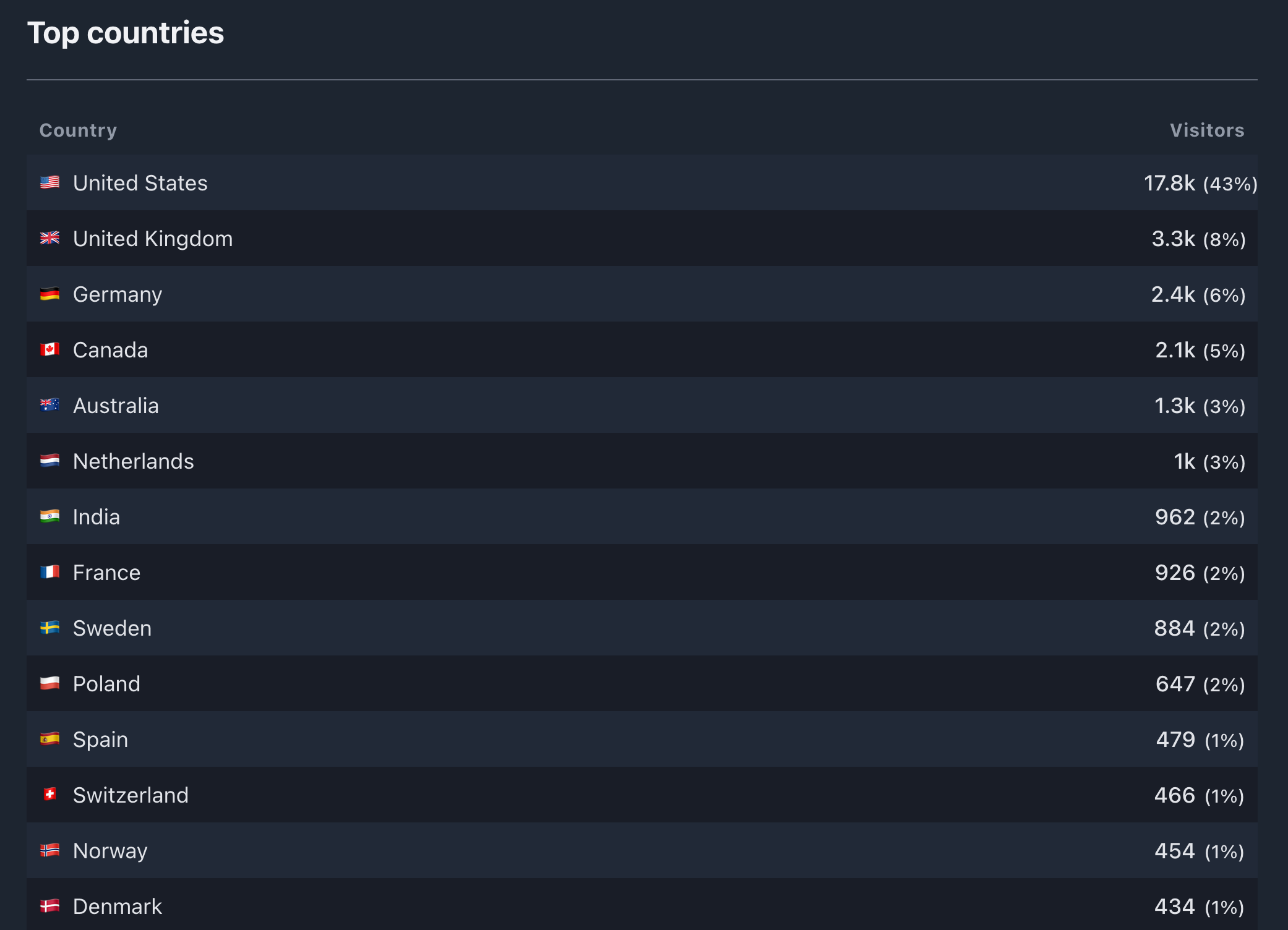 Hacker news
reddit
statistics
Share:
← Your code doesn't have to change the world.
How I unblock myself as a developer? →

Click here to subscribe to our newsletter and get weekly blasts on how to level up as an engineer and build better products.